Sifu James Lore (Lore King Hung) was born on May 12, 1915 in Victoria, B.C. He started his kung fu training at the age of ten under the instruction of his uncle Lor Nin, who trained in Fut Ga Kung Fu at a monastery in southern China. When Sifu Lore was twelve he studied at Hong Moon (Chinese Free Mason) Society in Victoria with Ma Kwan On. 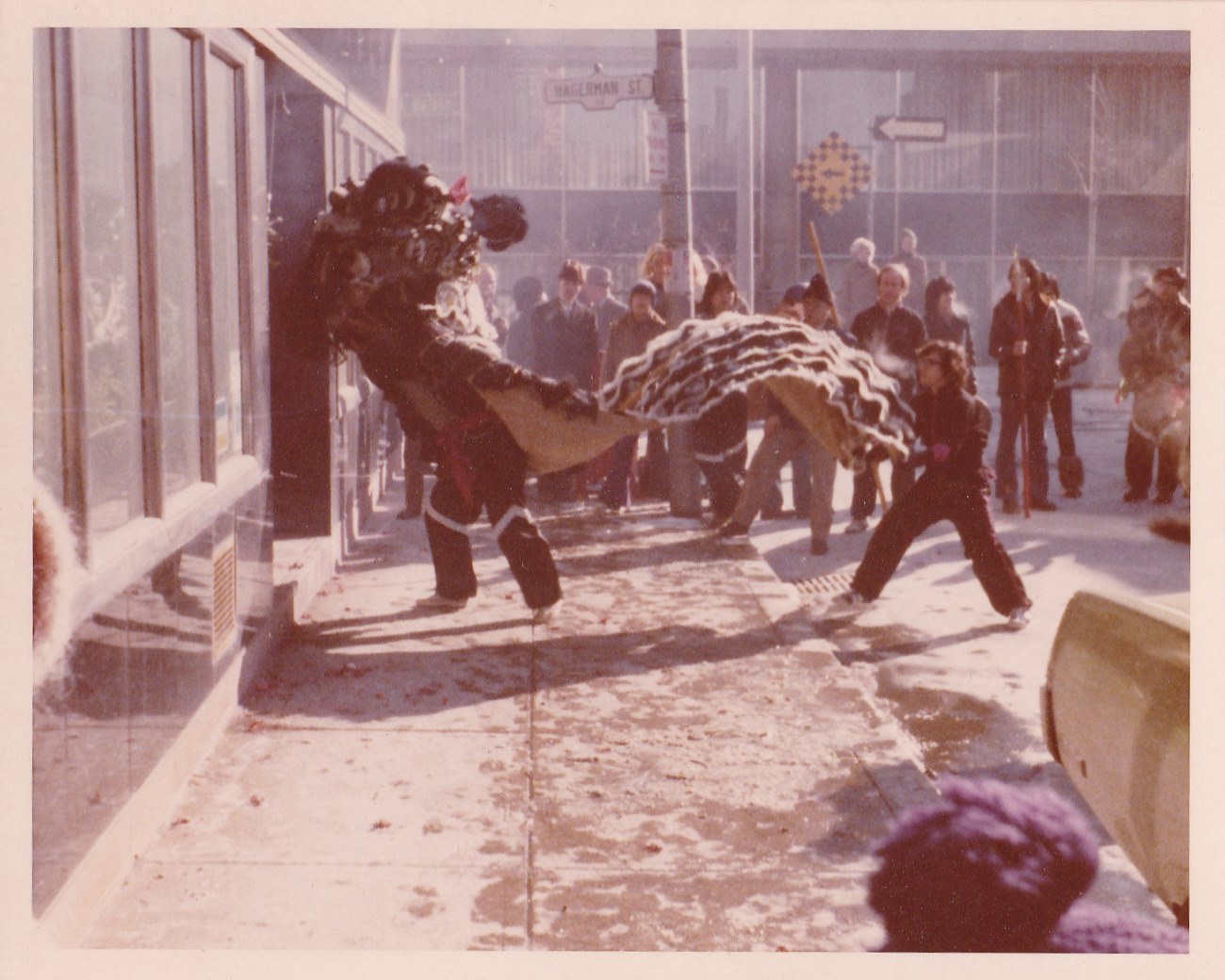 Sifu Lore moved to Toronto in 1930 where he continued his training at the Toronto Hong Moon Society. There, he learned Hung style from several teachers from southern China: Mak Sung, Ng Lok, Ng Fong and Liu Wa Dai. Each sifu specialized in a specific area of Chinese combat. Lessons in empty hand fighting as well as various traditional weapons were passed on to the students

Sifu Lore instructed Hung Kuen kung fu from 1946 to 1950 at the Chinese Hong Moon Society in Toronto. Here he perfected techniques and concepts of unarmed combat.

In 1966 Sifu Lore and Chin began teaching Hung Kuen at Hong Sing’s Wong Society on Dundas Street near Bay Street in Toronto. This was one of the first traditional Chinese traditional martial art schools in Toronto's old Chinatown that accepted non-Chinese as students. Acceptance was based on willingness and sincerity to learn.

From the beginning, the two sifu taught in the tradition of their own martial masters: low horse stances, punching, kicking and moving. They emphasized the importance of circular power, sidestepping, close quarter fighting and being the "dirtier", more aggressive fighter than an opponent. Basic Hung Kuen was stressed as the foundation of fighting. This classical unarmed combat was taught, as well as the ancient weapons of China's feudal past: wooden staff, broad swords, butterfly knives, sword and shield, spear, Tiger Fork (Fu Pa), Halberd (Kwan Dao), "soft" chain whip, wooden bench, and others.The importance of personal self protection was never lost in their lessons. Both the application of simple effective fighting technique and the spirit of combat were stressed. Sifu Lore's philosophy was quite simple: "It doesn't matter what you know. If it works, use it!" Sifu Chin's was similar: "Use the most effective technique, move in and win!" Sifu Chin passed away in April of 1990.

Although Jing Mo had always been a traditional school, keeping to formal practise, the members were always free to explore other martial art systems. Sifu Lore often said: "Everything is good. You should know something about other fighting styles... you might have to fight them sometime!"

Keeping with the traditions of running a traditional kung fu school, both sifu taught as well as performed the Southern Chinese Lion and Dragon dances for which they and the school had become well recognized and respected in the Chinese and greater Toronto communities.

Chinese culture and tradition were always emphasized at the club. For over thirty years the Toronto Jing Mo Kung Fu Club gave the Ontario Chinese community a window to ancient China. It has given the elder Chinese a reminder of scenes from their childhood in China and the Canadian born Chinese children a connection to their proud heritage.

The Toronto Jing Mo Kung Fu Club was surpassed by none. Its members demonstrated across Canada, the U.S., the Philippine Islands and China. The Jing Mo lion and dragon dances were seen regularly in Toronto's Chinatown and throughout Southern Ontario.

Jing Mo Kung Fu Club in Toronto formally closed its doors in 2003 after 35 years of dedicated instruction by Sifu Lore. His Hung Kuen Kung Fu continues through the martial skill, spirit and teachings of his students. 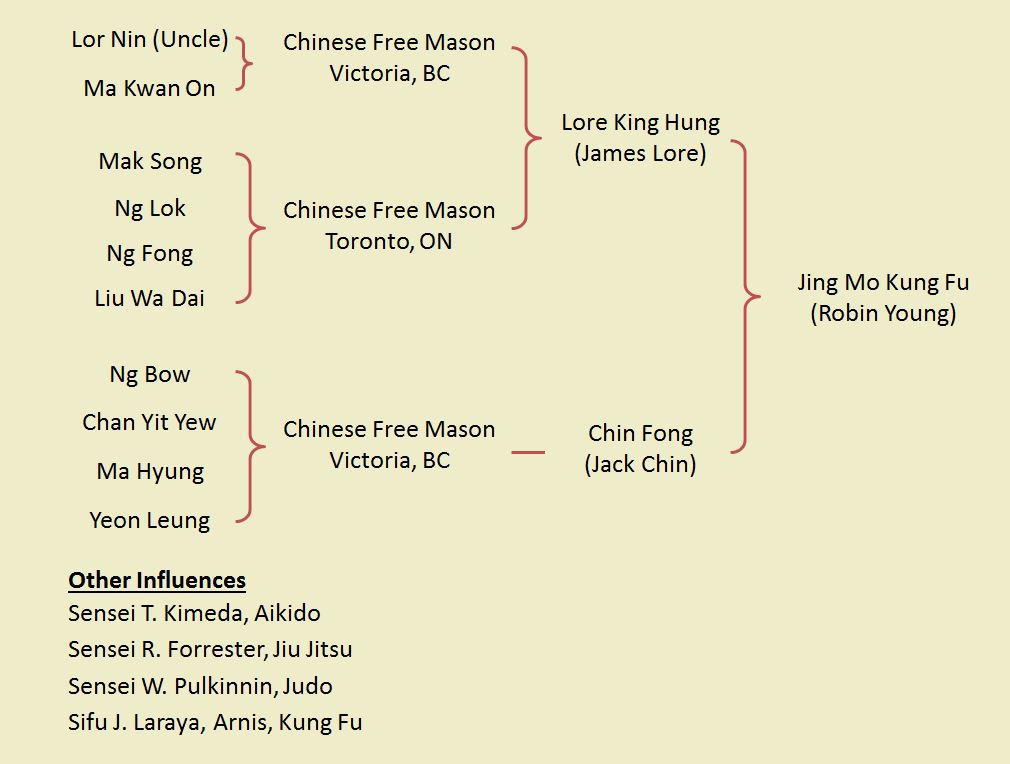